The Editor's Top Discussion Board Picks

Life-long windows; Okna, Soft-lite, or Sunrise?
One member is searching for windows that will stand the test of time. This member recommendations from all the big brands, but is still looking for local options. See what our experts recommend for the location and price. Read More >>
United Window and Door 4800 Series - comparable to Simonton?
A member in New Jersey is looking to replace existing 25 year old double hung windows. The dealer recommended United Window and Door - 4800 Series. Are they high quality? Comparable to Simonton? Do our experts have a better option? Read More >>
Don Young Replacement Windows
A member is looking to install replacement windows by Don Young in Dallas, TX. Do our experts think that maybe Simonton, Soft-Lite, or Sunrise might be a better option? Read More >>

The Best of Oberon - Our Resident Technical Expert

IGU: How much pressure can they handle?
Cardinal (per their website and literature) has tested their argon filled IGU construction in units that pass over the mountains and they warrant those units against any sort of damage caused by the change in atmospheric pressure during the trip....
Read More >> 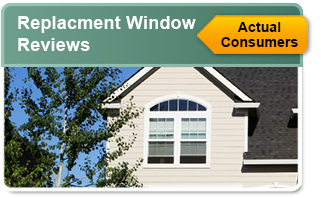 "I had prices ranging from $8000 to $18000+. Admittedly, some windows were a bit better, but for the range of prices, I believe some people are way out of line. "-Jen, OH
Read Review

"I purchased fourteen 4000 series windows from Window World in 2006. With capping and grids, I paid $265 per window. After six years they are in perfect shape." - Anonymous, MO

"Ahh, run away! We bought 10 windows. In the end the windows were drafty, lopsided, and some of the frames were cracked from being forced in!" - Michelle, AL